My birthday week couldn’t have been better when I switched from partying with booze inside four walls of a pub to celebrating amidst nature and cultural spectacle of Kerala. My birthday this year reminded me to celebrate the beauty of the world, the beauty in minutest action and minutest things that workaholic people often tend to overlook.

So, here are five things of my Kerala trip that I would reminisce about:

As my ‘tuk-tuk’ (the autorickshaws are named so!!!) took me through the streets of the aromatic Malayali spice market in Kochi, I came across Gujarati signboards giving me the feel of cultural brotherhood.

If the Paradesi synagogue stands testimony to the Jewish connection with Kerala, the St. Francis Church (the oldest European church in India) also reveals Portuguese influence. And while the Dutch Bolgatty Palace transports you back into time, the cantilevered fishing nets will give you the Chinese pull. Long story cut short, the weighty presence of various ethnic communities emphasizes on the pan-Indian nature in the Kochi neighborhood.

The presence of Cheraman Juma Mosque (built in 629 AD and believed to be the first mosque in India) in Thrissur, the Bhagvathi temples and the Jain temples – all signify the multicultural secular inhabitants living in peaceful coexistence.

The streets of Kochi would make you hark back to time as you see lines of old houses built by Portuguese, Dutch and British in the colonial periods. Most of these old houses has been restored, renovated and converted to hotels, heritage buildings and art cafés.

Of late, the art cafés in Fort Kochi has become cynosure for anyone who has an appetite for both tasty food and creative artworks.

One of them is an age-old Dutch house transformed to Kashi Art Café. It is a place where you can appreciate contemporary art at leisure without compromising your peckish belly. It is also one of the sites of 3rd edition of the Kochi-Muziris Biennale – an international exhibition of contemporary art which ends on 29th March this year.

Sculpture of horse head made of machine bearings 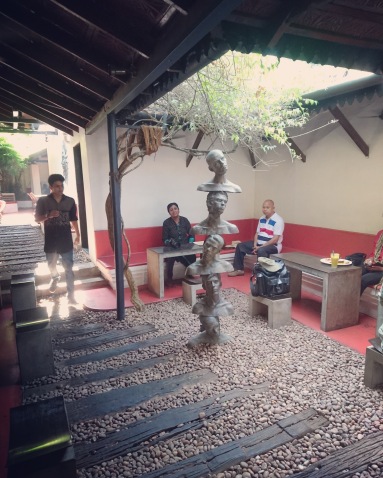 Front sitting area of the cafe

It was one of my best birthday evenings when I spent it at Kalamandalam Vijyan and witnessed world’s one of the greatest art forms – Kathakali. 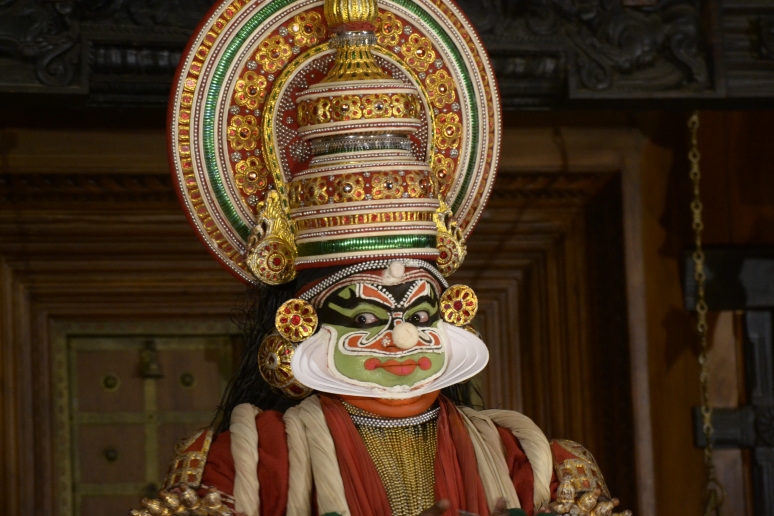 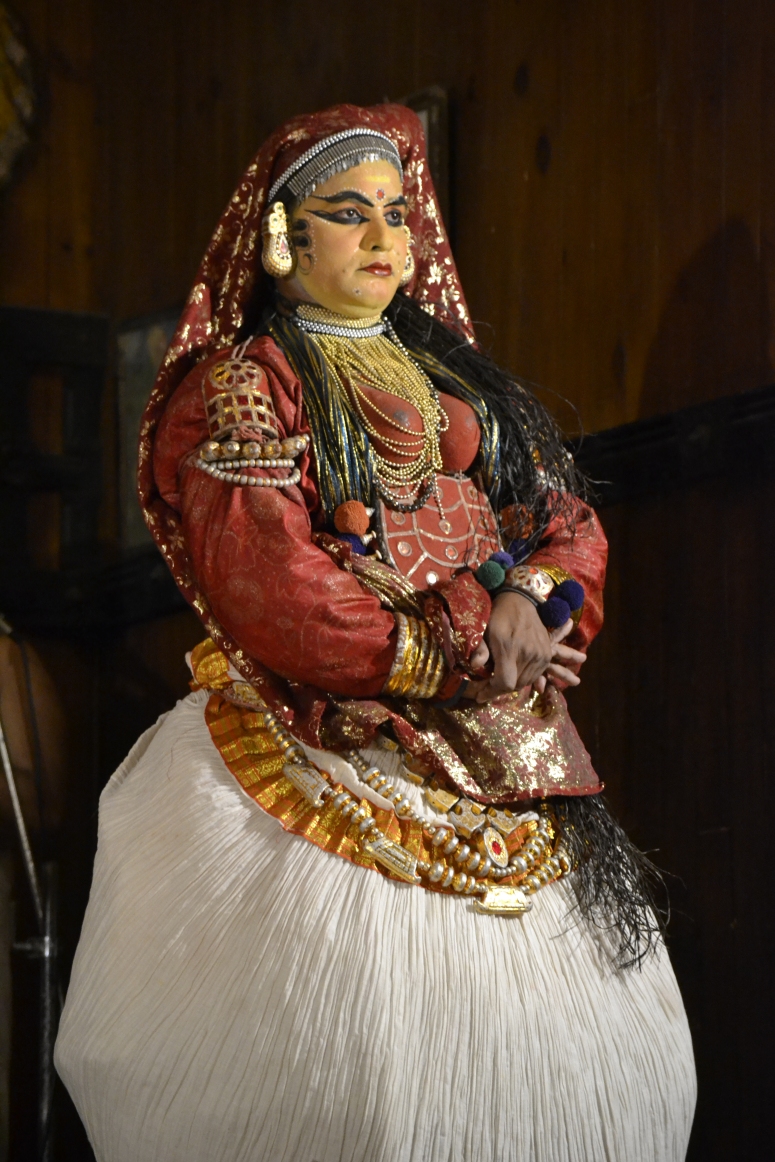 Kathakali is an operatic performance where an ancient story is presented theatrically. What I found beautiful in this musical art form is that even though no words are spoken during the whole play, one can comprehend the whole story through their hand signs (mudra) and facial and eye expressions.

And how can you identify who is playing what character through the vividly painted faces???

Red colour portrays evil character and green portrays noble and heroic character. Half red and half green means a hypocrite/ an anti-hero and yellow is the code for monks and women.

Relaxing under the starry night sky on a roof-top bed of a kettuvallam anchored near the serene green paddy fields vastly spread along the backwaters is a lifetime experience.

In olden days, kettuvallams/houseboats were used as grain barges to transport the rice reaped in the fertile fields alongside the backwaters. Now, these are used for backwater cruises to make you fall in love with nature again and again. 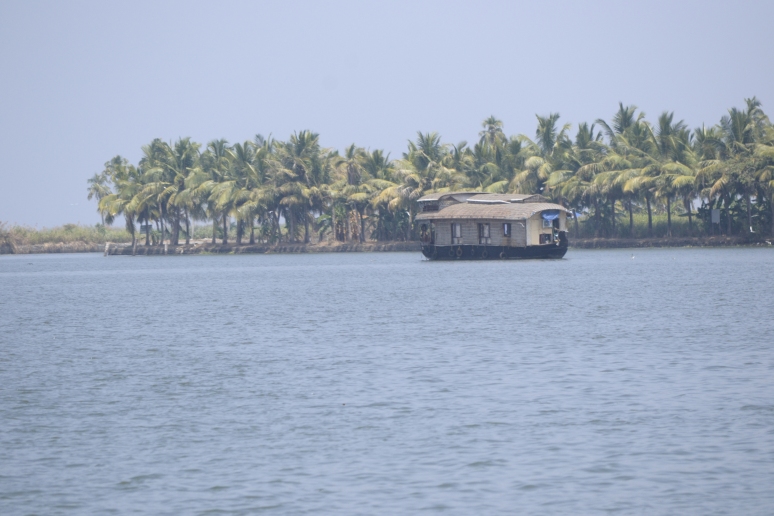 As your Kettuvallam meanders through the watercourse, you begin to cherish the verdure and placidity of and around the Vembanad Lake. 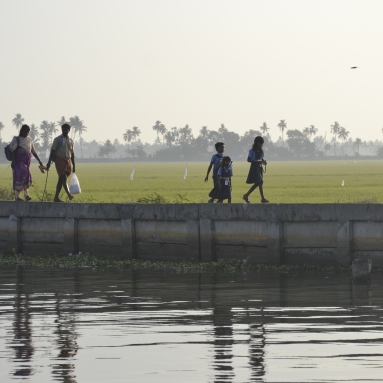 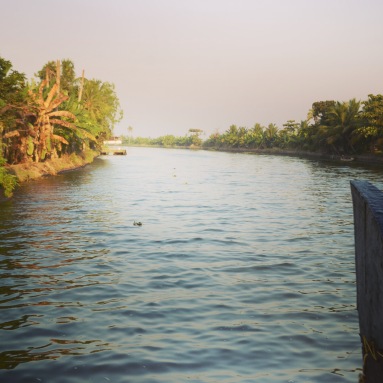 Procession of 21 caparisoned elephants with display of Kaalavela(bull effigy spectacle) and Kuthiravela(horse effigy spectacle) and the stupendous cadence of drums, horns, and cymbals together created a unique ambiance drawing crowds from all over to the Pariyanampetta  Pooram festival in Palakkad on 19th February this year.

(P.S. Festival dates are decided in accordance with the Malayalam calendar).

Dedicated to Goddess Bhagavathi, these festivals, hauled with cultural craftsmanship and entertainment, are celebrated every year in different temples of Kerala mostly after the summer harvest. 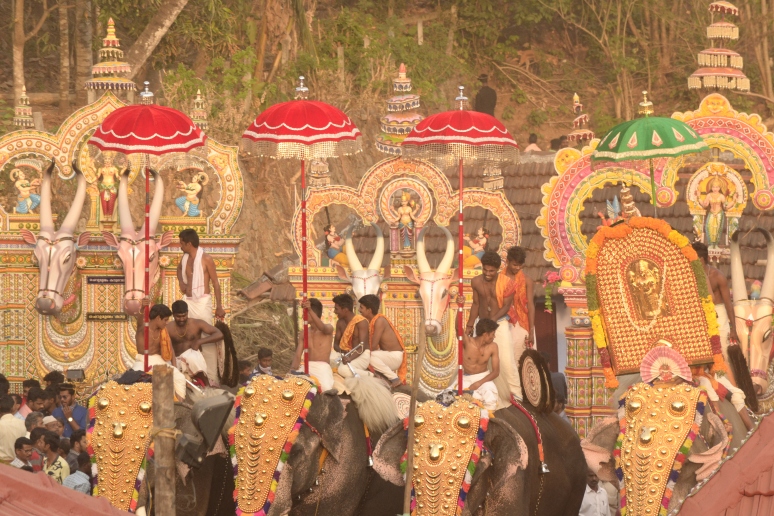 One should attend at least one Pooram in Kerala to feel the gloriousness of the event.

Ever been to Kerala??? What are the five things in your Kerala trip that you’ll always remember?

Leave your comments below…